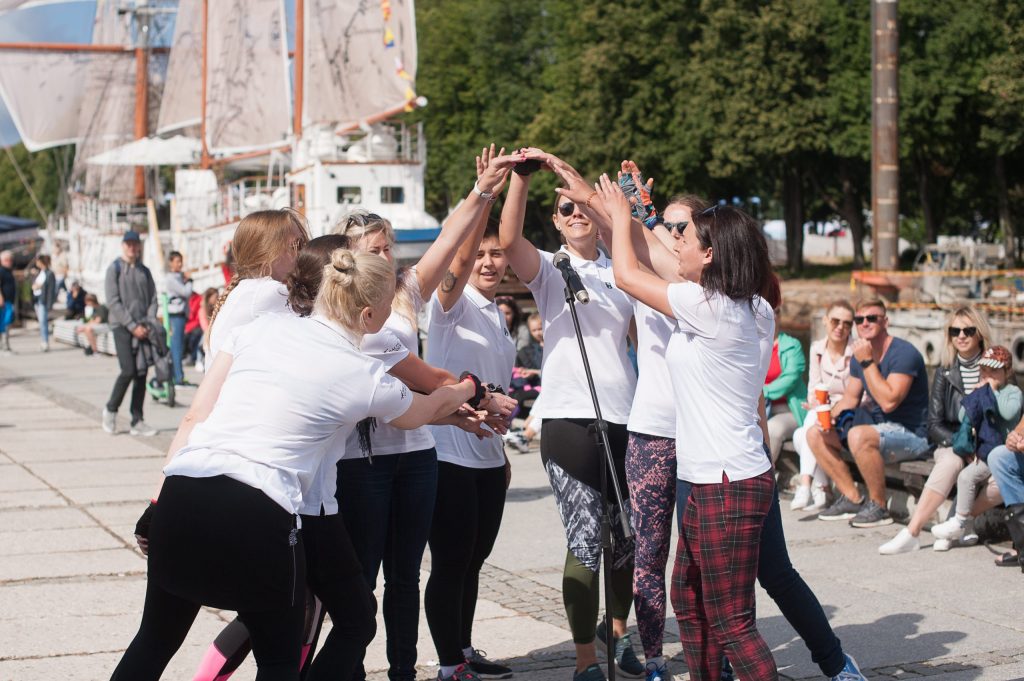 On the 25th of July 2020, the team of females from the Marine Research Institute of Klaipeda University for the first time participated in the “Dragon Boats race” in the Dangė River. All teams competed for to win the cup of SE Klaipėda State Seaport Authority.

Sporting the slogan “For Women in Science”, the girls bravely battled against the physically stronger men’s team of Lithuanian Railways and notwithstanding the clear mismatch in strength and power, the ladies were full of optimism and promised to return to the competition next year.

The team leader, researcher of the Marine Research Institute dr. Greta Srėbalienė, proudly noted that after participating in these competitions for several years wearing the hats of helmsmen and drummers, this year her and her colleagues decided to gather an exclusively female team. “I believe that this idea was influenced by the project “Baltic Gender” implemented at Klaipeda University, which affected institutional changes in order to achieve gender equality in the Baltic marine research organizations, ” said the head of the project “Baltic Gender” dr. Viktorija Vaitkevičienė, hoping that this performance of the females’ team will change the history of the “Dragon Boat Race” and attract more female teams going forward.

This year the annual racing competition was held for the tenth time. It takes place during the “Sea Festival” and it provides a abundant dose of good emotions. This summer 36 teams took part in the race. Klaipeda University was represented by three teams: the team of the Marine Research Institute “MRI Girls”, the team of the Baltic Institute of History and Archaeology “BRIAI” and the team of students and graduates of the Hydrology and Oceanography Faculty of Marine Technology and Natural Sciences “HOKs”. Anybody who wants to participate can join the competition organized by SE Klaipeda State Seaport Authority. Also, participants are not divided according to age or gender.